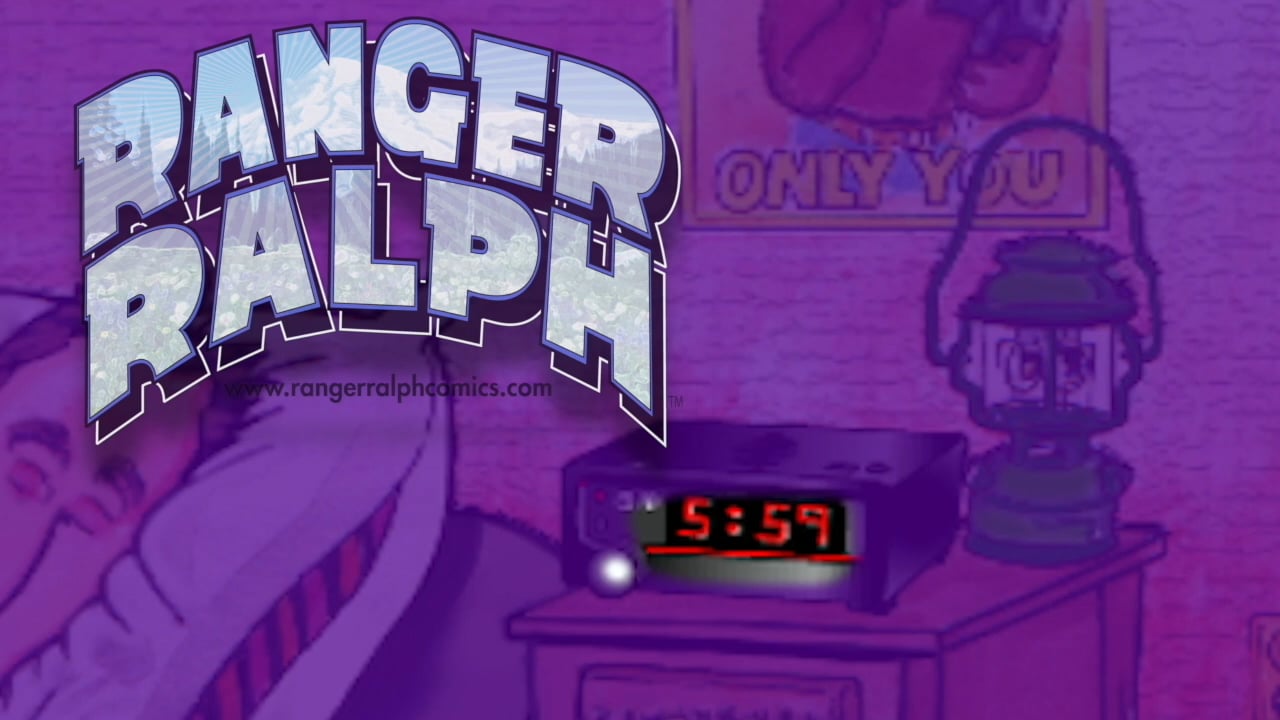 Yes! You've been asking and now all 5 comics are available for the first time.

Or just get the one missing from your set

Yes! You've been asking and now all 5 comics are available for the first time.

Or just get the one missing from your set

Steven Oerding is the Emmy Award winning artist and creator of the Ranger Ralph Comic book series which he began in 1996 after his fight with Stage IV Testicular Cancer.

His wife Sharon, is the CFO and the person on the other end of the phone if you have a question. They are a small mom & pop business in Nor Cal that do everything in house but the printing. The Ranger Ralph comic was originally created for their two small children after attending the San Diego Comic Con in 1995 and not finding anything for their age group. The Ranger Ralph comic has grown from humble beginnings, starting with Steven scribbles on the comic evening's and weekends as a side project. It became a full time focus after Steven's retirement in 2019 from UC Davis after almost 30 yrs. of service providing graphics, media, photography and 2D animation there. The couple have been working on the new comic #5 and updating and adding new pages to the other comics since then to bring you a new and improved 5 volume set that each have 24 pages of HA!HA! FUNNY! in them. The Ranger Ralph comic series now has a picture search, a word search, how to make a jet tip paper plane, a cross word puzzle and a coloring contest that you can color and mail in for FREE prizes. All this and more are inside the new 5-set of the Ranger Ralph comics. $19.95 for the set.You can Get 15% OFF your first purchase when you sign up for our newsletter below! Thank you, we hope you will enjoy them and share them with friends and family.

Stick-N-Stone National Forest is not your ordinary park. It has the usual attractions and plenty of wildlife, but it also has animals who understand people, reports of events that should not be happening, rubber rocks, roads and trails that are perhaps a smidgen too steep, and offbeat characters who keep things lively. At the center is Ranger Ralph, a reliable protector of the woods whose luck helps him overcome his inclination for misadventure, as well as his occasional ineptitude. He shares the park with his rescue deer, Elvis; his romantic interest; a big bear who bears a grudge; modest Scouts who seem able to do anything cheerfully; a fellow ranger who resembles a certain action star; a cheery prospector; an intense car enthusiast who’s a bit of a scrounge; an agreeable captain; park visitors who range from astute to clueless; and others you’ll meet along the way.

Oh yes, and the deer is working on a tan.

Ranger Ralph has the hallmarks of several classic comics: humor for grownups as well as kids, jokes and puns lurking in the details, big moments, quiet scenes, riffs on pop culture, and a feel for absurdity and the odd edges of human behavior, told without rancor and with affection. The series starts in black and white, then shifts to full color in comic #4.

Rated G for everyone. You can watch the cartoon trailer by clicking below.

How We Create The Ranger Ralph Comics

Steven Oerding is the artist and creator behind the Ranger Ralph comic books. They took hundreds of hours to create, draw, ink and color. After that  the art is prepared for the printer in a 24 page comic digital format. Then off to press at Commerce Printing in Sacramento, CA. where it goes through a quality offset printing process on high quality paper stock and printed with safe vegetable based inks to protect our environment. The final steps happen in the bindery where it is collated, stitched and trimmed into the final comic books that we all know and love. You can click below to see the videos of the process.

The biggest Ranger Ralph fan from the beginning was always daughter, Amber Oerding who died in 2016 of a unknown type of Mitochondrial Disease. To honor her, every back page of each comic has her picture, a brief explanation of the disease, and a QR code that takes you directly to Amber's page on the UMDF, United Mitochondrial Disease Foundation site. All monies raised by the families of Mito kids are pooled together until $100,000 dollars are reached. 3 Research finalists are chosen by the UMDF. Then together, the families of the Mito patients vote to choose the finalist who will receive the money to continue the Mitochondrial Disease research. Please consider a donation. THANKYOU!

Get 15% off your first purchase when you sign up for our newsletter!

Thanks for stopping in!

We are glad you are here.

By appointment only please.

Want to see how a comic book is printed?

Click below to watch the three short videos of how the Ranger Ralph comic was made at Commerce Printing in Sacramento, CA.